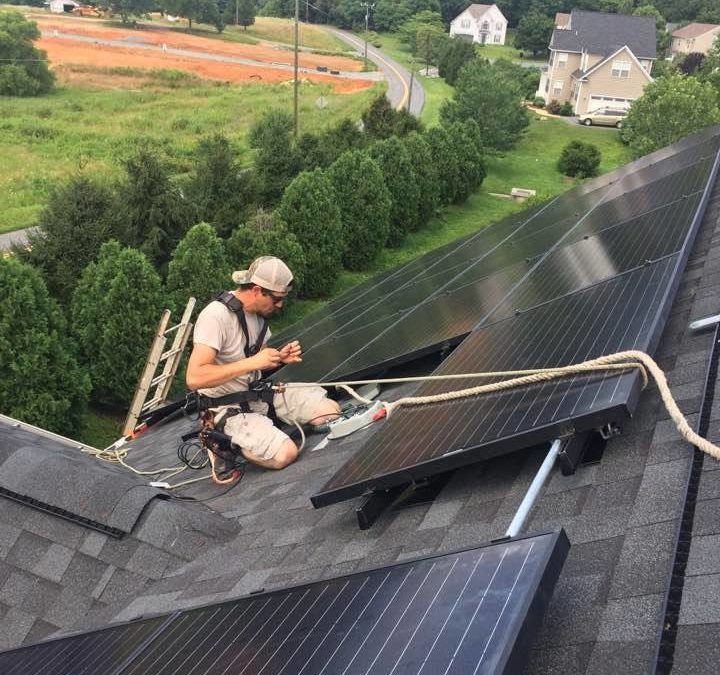 You may have heard about a lot of the new solar initiatives across the state of Virginia, but have you heard how Tesla, the electric car maker, is working with four Virginia schools on solar contracts?

Press releases from the summer show the company opening a second store in Virginia with Gov. McAuliffe expressing support for Tesla, saying “they should be able to sell their cars here.”

However, the company is also working with the Council of Independent Colleges in Virginia to add 1.3 megawatts of solar power to four campuses — Lynchburg College, Virginia Union University, Randolph Macon College and Washington and Lee University.

Robert Lambert, president of CICV, is quoted as saying that the event “highlights the leadership of Virginia’s private colleges in embracing renewable energy.”

The project is also being underwritten by the U.S. Department of Energy’s Sunshot initiative aimed at promoting solar energy around the country. In Lynchburg, the project will take the form of panels on top of the college’s health sciences building and several parking lots.

When you scratch the surface, this project actually goes a little further than you’d expect — along with the four schools that have officially signed on, there is a list of 12 additional schools that are already in Sunshot grants, and projected to participate with CICV. These include Appalachian School of Law, Bridgewater College, Eastern Mennonite University, Emory and Henry College, and Mary Baldwin University in Stanton.

It’s easy to see how what’s good for Tesla is good for the solar industry — electric cars need electric energy, and drive greater demand for utility power that can be generated from solar infrastructure. Replacing a gallon of gasoline with energy straight from the sun is an excellent way to decrease greenhouse gas emissions and curb fossil fuels consumption. So it’s no surprise that Tesla is among the many companies both big and small looking at solar expansion in the near future. 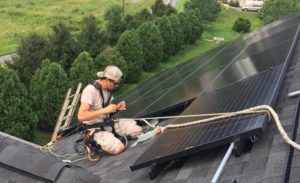 If you’re a small business, adding a solar infrastructure to your properties aligns you with these big companies and state offices. There is a lot of incentive right now to make a change in your energy consumption model and benefit from renewable, sustainable energy in Charlottesville and around central Virginia. Sun Day Solar can help you to implement this type of project well — looking into government grants? Do you have questions about practical installation? Let us help to guide you through the process of getting your own solar project done to give your business or property more “green value.”